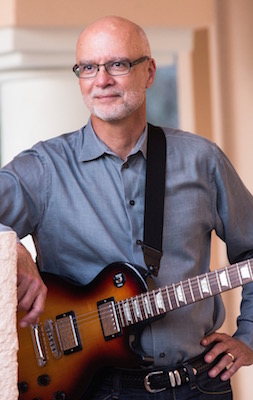 Stephen Miles is Professor of Music at New College of Florida and Director of New Music New College.

Miles holds a D.M.A. degree from the University of Illinois and has been on the New College faculty for nearly 30 years. He is an active composer, performer, and theorist, focusing on the social dimension of music. Since 1990, he has composed vocal music almost exclusively. In 2005, Miles’s De profundis clamavi, for twelve voices, was awarded Third Prize in The New York Virtuoso Singers’ First Annual Choral Composition Competition and was premiered by the NYVS in Manhattan. His works include Social Studies (2003), musical games for performers and audience, and Living and Dead: The Gettysburg Project (2009), a theater piece co-composed with Margaret Eginton, adjunct professor of theater at New College.

Miles founded and is director of New Music New College (NMNC), which functions as a laboratory for interdisciplinary research, with particular emphasis on musical composition, performance theory and social theory. Over the course of the last 18 years, NMNC has presented vocal works by such composers as Luciano Berio, John Cage, Karlheinz Stockhausen, and Pauline Oliveros, as well as student composers, and has featured leading performers of contemporary music, such as Kathleen Supové, Pamela Z, The JACK Quartet, Ekmeles, Third Coast Percussion, Miranda Cuckson, and Miya Masaoka.

Of NMNC, Miles says, “The students and I ask basic questions: ‘What is music? What is performance? What is their value? What is the value of tradition?’ These are questions that must be pursued experientially, not simply in the abstract.” New College students have twice joined Miles for panel presentations on NMNC projects at the International Conference on Social Theory and the Arts. Miles has published articles about NMNC projects in such leading journals as Perspectives of New Music, TDR: The Drama Review, Music and Arts in Action and in the edited volume, Audiences and the Arts: Communication Perspectives.

Miles was Provost of New College from 2011 to 2017, and was an officer of the Association of Chief Academic Officers. He currently serves on the board of the American Composers Forum.